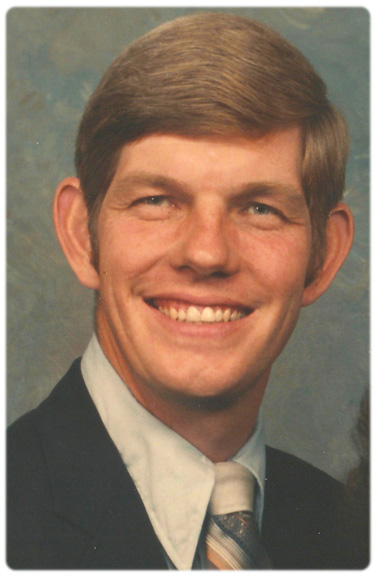 Gil Taylor passed away on February 2, 2001 after a courageous 13-year battle with brain cancer. He is remembered for his strength and determination, love for his family, positive outlook on life, and corny sense of humor. He was surrounded by his family when he passed on to Heaven. His loving wife of 26 years, Betty, followed him in death 2 years later. He is survived by his daughter Laura Taylor VanGoethem, son Scott Taylor, mother Mildred Taylor and many friends and relatives who miss him.

Gil went through several rounds of chemotherapy, radiation, and three brain surgeries to remove a glioblastoma brain tumor. During the third brain surgery, he became paralyzed and doctors predicted that he would never regain consciousness again. But, he slowly woke up over time and worked hard in rehab for months to regain some mobility in his left arm. About a year after the surgery, he returned home and was able to talk, tell jokes, and enjoy spending time with his family. During the 9 years he was paralyzed, he never complained, never lost his faith, and continued to tell jokes with a crooked smile!

Gil was born on September 21, 1944 in Sharon Pennsylvania. He earned a bachelor degree in Biology from Thiel College, received a Masters of Science in Geology from The University of Illinois, and completed his PhD in Paleontology at Louisiana State University. Before he became paralyzed, he worked as a geologist for BHP Petroleum in Houston, Texas. He was an accomplished pianist, a licensed private pilot, an Advanced Ham Radio Operator, and very active in Boy Scouts, attaining the rank of Eagle Scout. He enjoyed spending time with his family and refereeing soccer.

Gil loved life and made a difference in the lives of everyone who knew him. Towering over friends and family at 6' 6", he referred to himself as the "Green Giant" and was a master at tickling his children and beating everyone at Marco Polo. He was kind, funny and a wonderful piano player. He served as basketball coach, Den leader, soccer coach, and swim team coach for his children, always volunteering his time for his community. He loved nachos, margaritas, running, Trivial Pursuit, and teaching his family about rock formations and fault lines! Throughout his long battle with cancer, he never gave up and always had a smile on his face. His dream was to walk again...we know he's walking now.