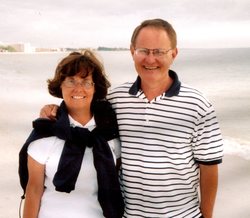 William P. "Bill" Swider, 72, of Utica, passed away Tuesday, January 21, 2014 at the Sitrin Healthcare and Rehabilitation Center in New Hartford, after a long illness, with his loving family by his side.

Bill was born September 16, 1941, in Utica, the son of Peter and Mary (Fliss) Swider. He was raised and educated in Utica, graduating from Utica Catholic Academy, and then going on to attend Washburn University in Kansas. Bill served his country with the US Air Force from 1962 - 1966. He was employed with several companies during his career, including Nichols Business Equipment, Kex Copy Source, Upstate Office Equipment, and Jet Sew Corporation. On July 8, 1972, Bill married Paula J. Tallman in St. Joseph's Church in Utica. He was a member and past president of the Holy Name Society at St. Joseph's Church, a member of the American Legion Post #229, Utica, and a parishioner of St. Mark's Church in North Utica. Bill enjoyed fishing and golfing, and was an avid SU basketball fan. He was also a proud grandfather to his grandson, Linus.

Mr. Swider's funeral will be held on Friday, January 24, 2014 at 9:45 am from the Heintz Funeral Home, 1517 Whitesboro St., Utica and at 10:30 am at St. Mark's Church, North Utica, where his Mass of Christian Burial will be celebrated. Entombment, with Military Honors, will follow in St. Joseph's Mausoleum, Utica. Relatives and friends may call at the funeral home, Thursday evening, from 4 - 7 pm.

Those wishing may donate to the American Cancer Society or to St. Mark's Church in Bill's memory.

The family offers a special thank you to special friends, Deacon Adolph and Susan Uryniak, Ken and Linda Laubenthal, as well as the Sitrin Rehabilitation Center for the care and compassion shown to Bill and his family during this difficult time.