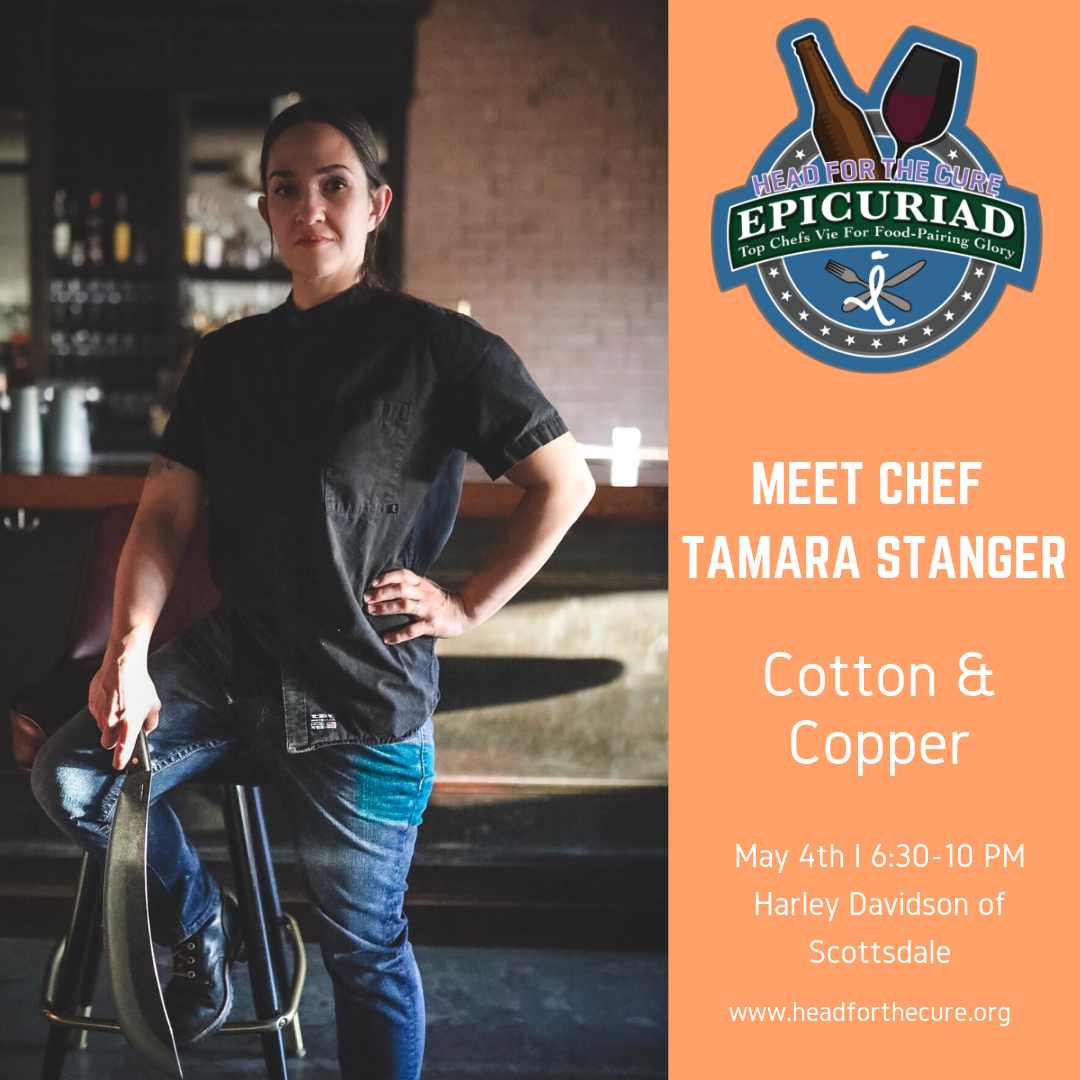 Tamara Stanger is the Executive Chef of Cotton & Copper in Tempe, AZ. Over the past few years, Tamara has built a foundation for what has been deemed by local journalists as, a new Arizonan cuisine, using locally foraged Sonoran ingredients and Arizona-specific agriculture from small farms. Although the idea of foraging for ingredients is growing in popularity, this process of gathering food is something Tamara has been practicing since she was a small child. Tamara was raised in a ghost town in central Utah, where using game meats and wild vegetation was a regular way of life. After moving to Phoenix in the early 2000’s, this ideology didn’t change. Her menu at Cotton & Copper remains very like-minded.

Tamara has been recognized by the Phoenix New Times as the Best Visionary of 2018, by Phoenix Magazine as 40 People under 40 in 2018, and Arizona Foothills Magazine as Women Who Move the Valley in 2019. Tamara is the mother of two amazing kids, and also an active member of community projects such as the Blue Watermelon Project, the Mollen Foundation, and the Scott Foundation. You can find her on the back trails, in the kickboxing gym, or at local craft beer bars.

Chef Tamara will be featured on CHOPPED on May 14th!