Each year, hundreds of teams participate in our annual Head for the Cure 5K - Metro KC.  Team Mimi has participated in honor of Cindy Cole after her courageous battle with brain cancer. By participating in this event, you are helping fund research and programs to support the brain tumor community.  Learn more about Team Mimi! 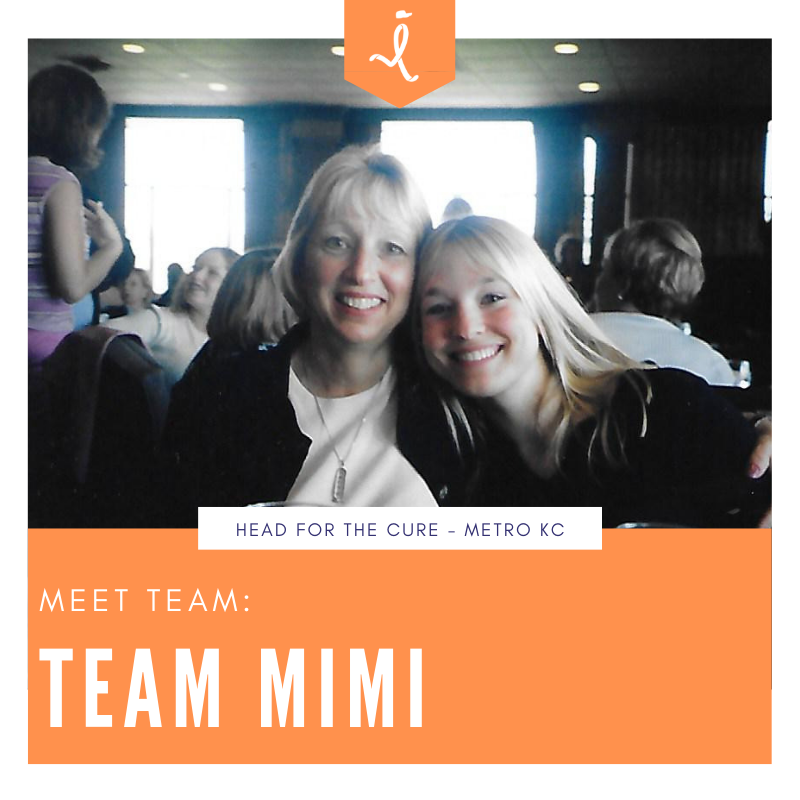 Cynthia Rose Cole, 59, went to her eternal reward on February 21, 2010 after a courageous battle with brain cancer. Cindy was born on February 24, 1950 in Kansas City, Missouri, to Fred and Lucille Nachbar and attended St. Joseph Elementary School, the Loretto Academy, and St. Louis University. She married William Cole on March 18, 1971 in Denver, Colorado. The newlyweds moved to Boulder, Colorado where Bill attended the University of Colorado and played basketball for the Buffaloes. The two started a family with the birth of their son Robert and returned to the Kansas City area in 1974. Their family welcomed son Christopher in 1975 and daughter Erin in 1981.

Cindy earned her R.N. from Johnson County Community College in 1979. She worked in the Mother/Baby Unit at the University of Kansas Medical Center. She then worked in the Mother/Baby and Nursery Units at Overland Park Regional Medical Center. She resumed her education while working at Shawnee Mission Head Start, earning her BSN from KU in 1996 and her Master’s degree and Nurse Practitioner’s License from KU in 1998. She continued her career as a nurse practitioner at KU Med West before finishing her career at Kansas City Women’s Clinic.

Cindy attained these professional accomplishments while serving as a wonderful mother to three children and “Mimi” to six grandchildren. She took great joy in the lives and accomplishments of those in her family. Cindy was always in the stands at her children’s and grandchildren’s countless sporting events and dance recitals. She loved watching KU basketball and one of her final joys was watching her son-in-law play for the New Orleans Saints in Super Bowl 44. She was an avid reader and gardener and held a special place in her heart for the family vacations that she took to Disney World and Marco Island, Florida. Cindy loved meeting people and brought excitement and fun to the lives of her family, friends, and patients.