Each year, teams participate in our annual Head for the Cure 5K - Omaha.  #TeamWardo honors the life of Cody "Wardo" Warden who was someone who told it like it was, no matter who he was.  Even throughout his dianosis, he still remained true to his friends and was an inspiration for others around him.  Wardo's friends and supporters continue to fight this battle in his memory to help raise funds, awareness and hope for the brain tumor community. By participating in this event, you are helping to support brain tumor research and programs at Leap-for-a-Cure and the Fred & Pamela Buffet Cancer Center.  Learn more about #TeamWardo! 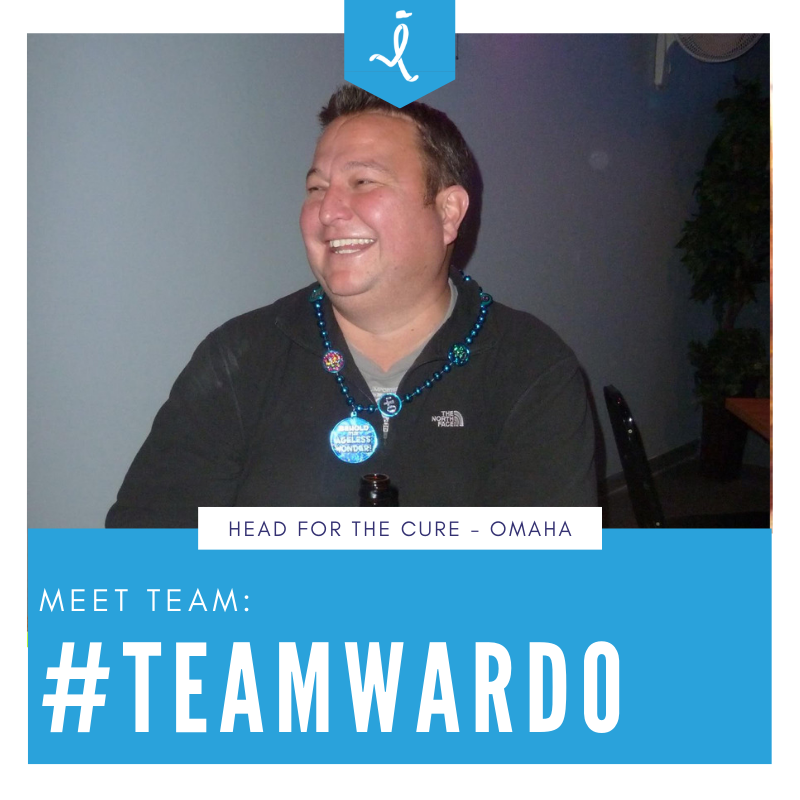 This weekend, we should be celebrating Cody’s birthday. We always did – his birthday and my husband Brian’s were within a few days of each other. A big party at Jack’s, a dinner with friends at Kobe, and moments we’ll never forget at the bar later on. One year, another wife and I were badmouthing one of the guys’ girlfriends. Cody, after a few moments of listening, looked at us and said ‘ya’ll are being bitches.’ …. Yup, he was right. I don’t know anything about that couple or their relationship.. I was being a bitch. And what I love about that memory is that it was classic Cody. He was CODY ‘WARDO’ WARDEN’.. and didn’t give a damn if you liked him or not. He was a big, loud, hugging, teddy bear of a man.. and if you were his friend, you never had to question if you had someone on your side.. because he was TRUE, honest and real. Cody beat all the odds, defeating brain cancer when first diagnosed several years ago. Exactly one year ago this month, the tumors came back. We celebrated Cody’s birthday at Jack’s again, knowing he had a tough road ahead. We lost him this summer.