We remember Board Member, Tim Elliott

With intense sadness and deep gratitude, the Head for the Cure community today grieves the loss of our friend, Tim Elliott.

Tim was a longtime, and always enthusiastic HFTC participant, supporter and distinguished member of the Head for the Cure Foundation Board of Directors.

Tim’s tenure with HFTC dates back to 2009, when he formed Team Elliott, following his diagnosis with a malignant brain tumor. Tim and Team Elliott, quickly became one of the largest and longest tenured fundraising teams in HFTC’s history.

After living with his brain cancer for more than eight years with grace, courage, and a deep faith, Tim finally succumbed to the disease he fought so hard to cure. Tim was an avid KU fan, was a highly respected attorney in Kansas for more than 30 years, but mostly a family man. This will be his legacy, as well as a fierce determination to bring awareness, raise funds and ignite hope for others facing the unwanted and unexpected brain cancer diagnosis.

You will be missed by so many, Tim Elliott. And we will remember you, as we continue our journey to Defeat Brain Cancer Step by Step. 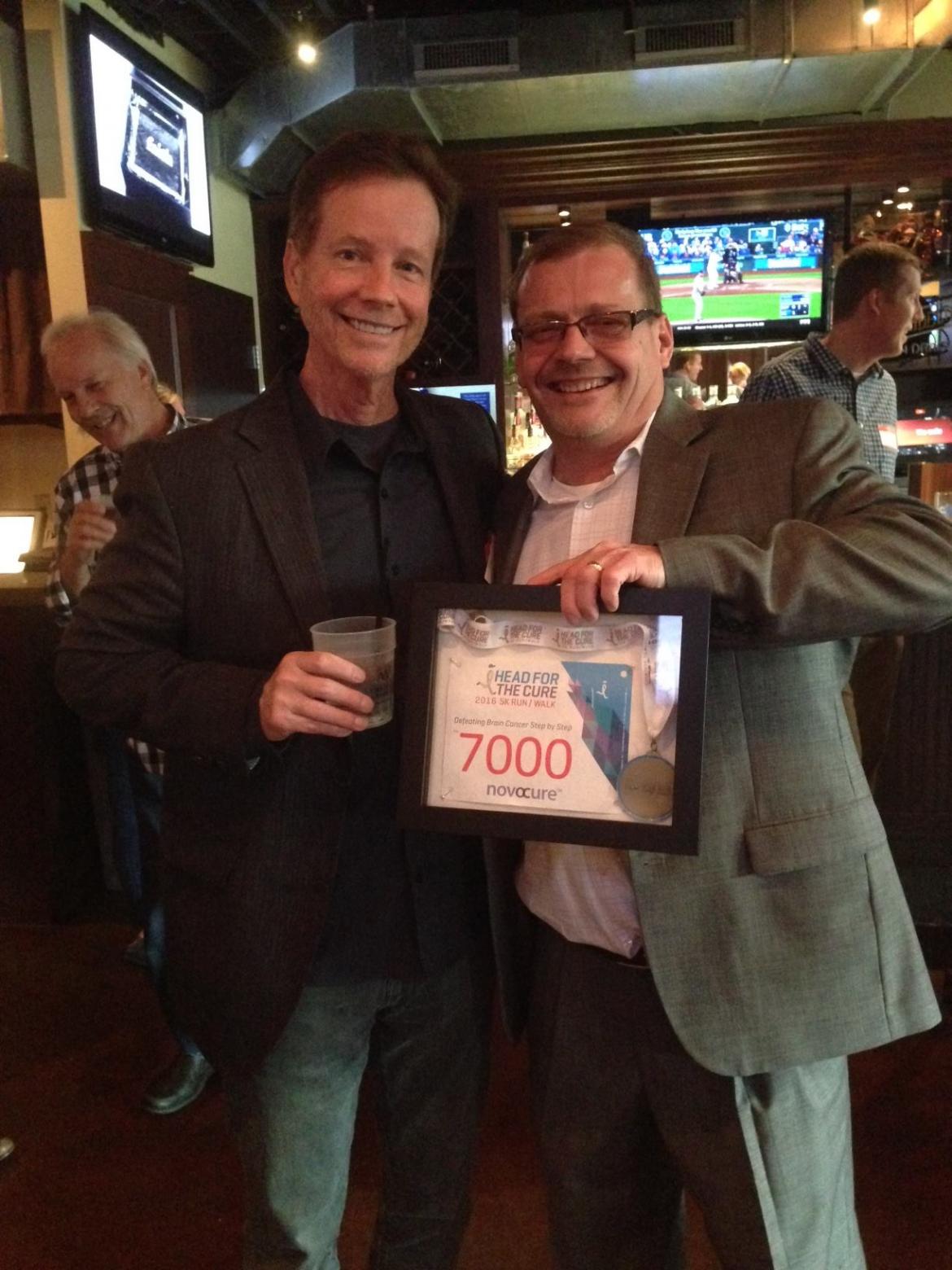